DOLL NEWS began publication in 1952 as a quarterly magazine and remains in print and in high demand 70 years later!
The original volumes of DOLL NEWS were just under 30 pages long, and now averages over 180 pages, filled with doll research, events, club news, paper doll cut-outs, exclusive patterns, and oodles of wonderful doll photographs.
The paper dolls and sewing patterns of older issues remain a coveted treasure by doll collectors and enthusiasts worldwide. 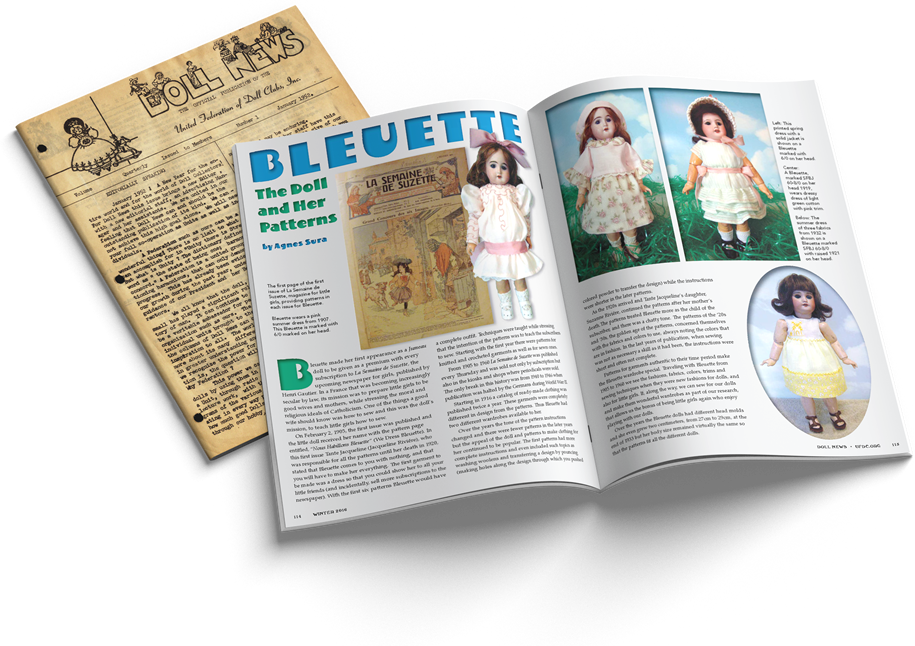 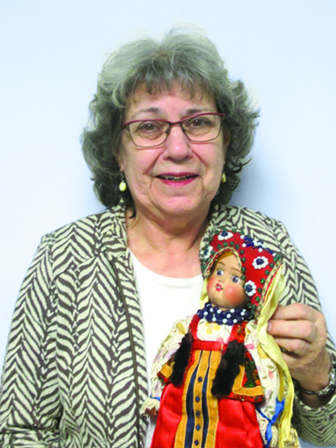 Not terribly interested in dolls in her youth, Linda Holderbaum's interest, particularly in ethnic dolls, blossomed in 1976 during a trip to the international Expo 67 in Montreal, Canada.  Exposed to dolls from many different countries and at prices that were affordable for a junior high school student, Linda concentrated on collecting foreign dolls. Since that time her interest has expanded to all types of dolls including antique and modern.

Trained as a museum curator in the early 1980s, Linda is executive director of her local art center. She works with various cultural community groups on exhibits and special events with a wide variety of ethnic themes. Dolls are included whenever appropriate as part of the learning experience. In addition, her interest in ethnic dolls led her to collect clothing, fabric, hat, shoes and other accessories from many different countries.

Linda is president of the local UFDC club and was the chairperson of "Sojourner to Battle Creek," the Region 12 regional convention held on 1989. Linda was instrumental in the set-up of the local history museum, serving on its board of directors and instrumental in helping them acquire their 501c3 status.

Her 50 plus years of collecting led her in the past five years to researching and publishing her first book titled The Other Russian Dolls: Antique Bisque to 1980s Plastic.

Linda shares her interest in collecting with her son Josh Holderbaum who specializes in action figures of all kinds and sister Rosemary Deal. The three collaborate on exhibits combining their collections.  Her husband, Bob, is the retired CEO of the local Goodwill Industries.

The United Federation of Doll Clubs (UFDC) is a non-profit organization with the goal of being the foremost in research, education, conservation, collecting, and appreciation of dolls.