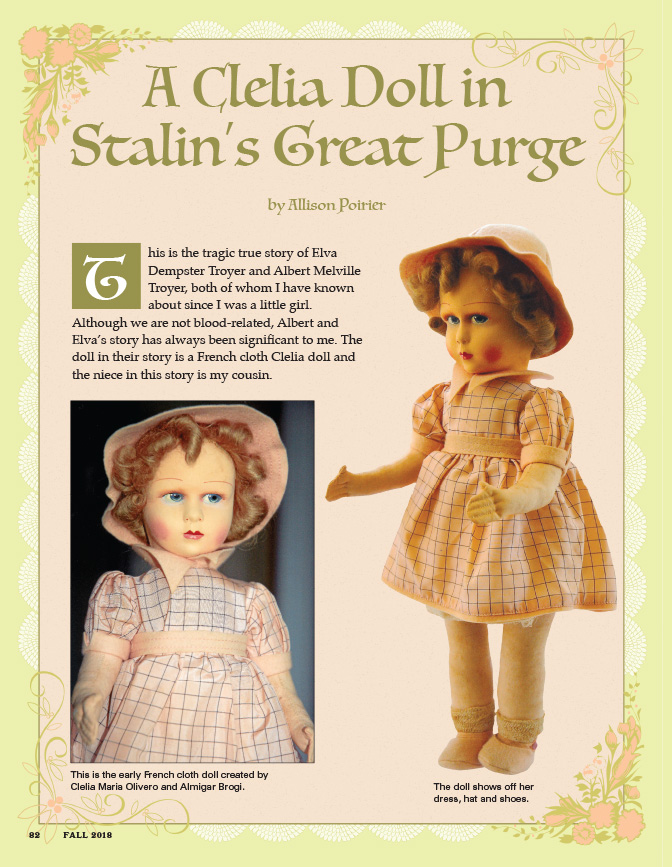 Allison is the second cousin of the niece who received the Clelia doll from her Aunt Elva. She has been a member of UFDC for many years. The first doll club she belonged to was in St. Joseph, Missouri. Later she became a Charter member of the doll club in Leavenworth, Kansas. In the 1990s she organized a doll club in Hays, Kansas.  Her doll collection is very diverse, from Japanese dolls to a lovely Jumeau which her mother gave to her. She is now a member at large in Region 8. She has always loved dolls and was fortunate to have two wonderful doll mentors, Elizabeth Dysinger and Natalie Kutz. 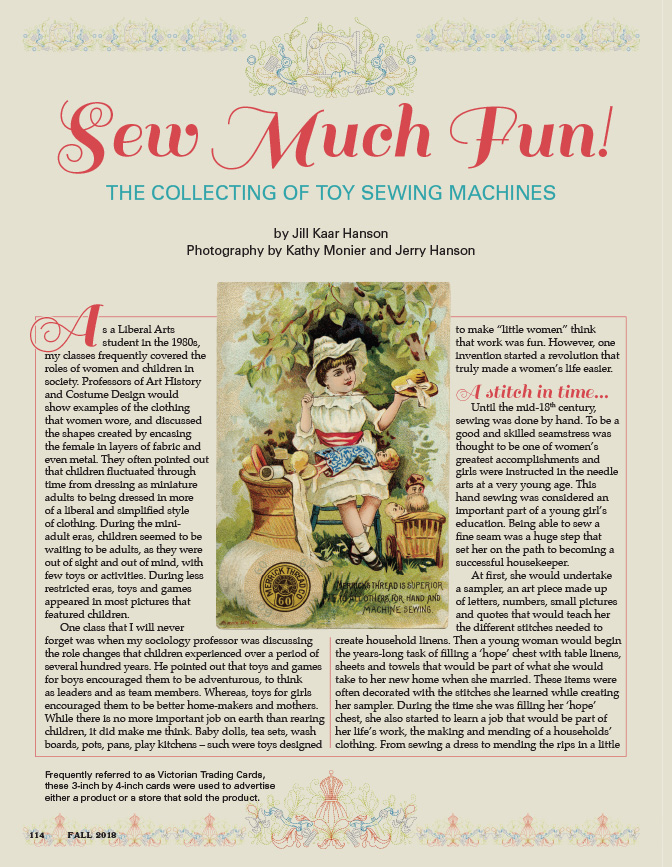 Jill has been a collector of dolls most of her life. She loves hard plastics that look like Santa just left them under the tree and American artist dolls.  Her great love, however is paper dolls, from her mother's Dolly Dingles to the work of today's best-known artists, she also loves to research and broaden her doll-collecting knowledge.  Her research into toy sewing machines has inspired her to learn to sew. Jill has served three terms as President of the Lake County Doll Collectors of Illinois. She has served as Region 10 Director from 2005-2008 and currently serves on the UFDC Fundraising Committee. 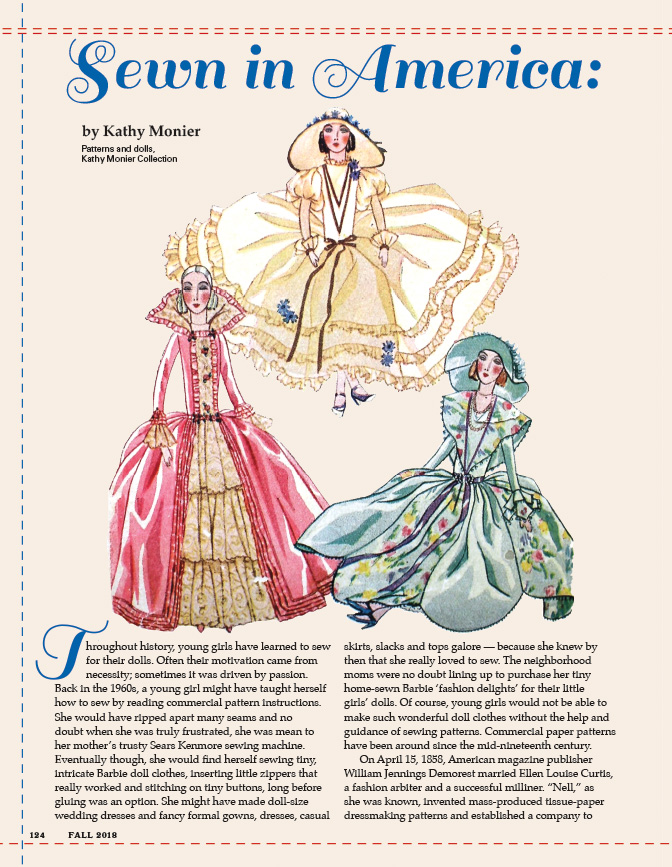 Kathy has been an avid artist, seamstress and doll collector for most of her life. She is very passionate about sewing and doll costuming, especially when it comes to making doll shoes, including writing magazine articles and doll shoemaking teaching classes. Retired from a corporate career in Human Resources, she now uses her acquired skills to arrange and present programs, lectures and workshops. Kathy is an active member of the Fort Worth Antique Doll Club and President of the Dallas Doll Club. With a continuous desire to support UFDC, she has served as Region 3 Director 2011-2014, Convention Event Coordinator 2013-2015, Editor of UFDC's 2017 Convention Souvenir Journal and is currently the Editor of DOLL NEWS Magazine. 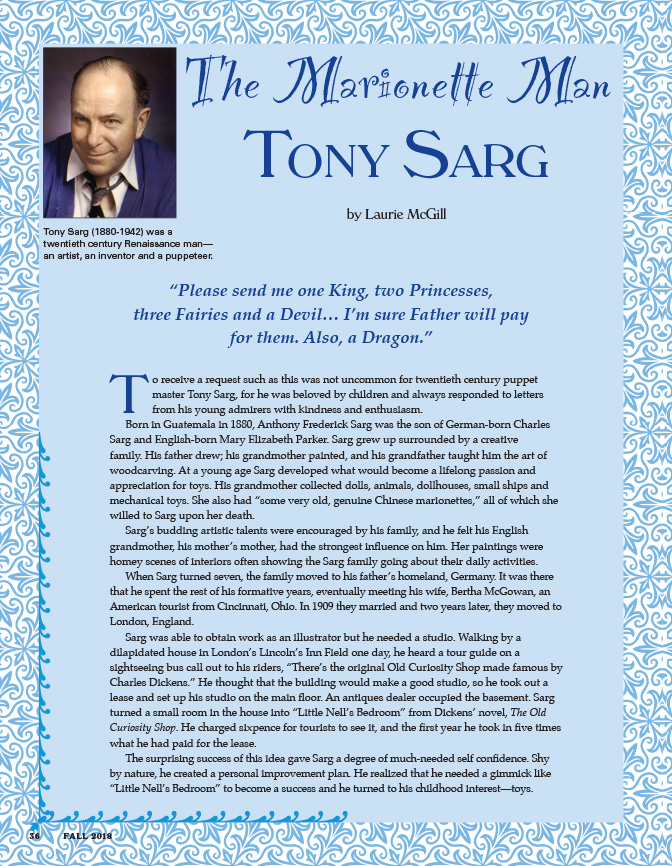 Laurie joined UFDC in 1974 and served as Regional 3 Director (2005-2008). On a local level, Laurie is a member of the Dallas Doll Club, serving as its president (2002-2006 and 2012-2016) and is now serving as the club's Secretary and Historian. She was the associate editor of DOLL NEWS (Winter 2012-Fall 2013) and editor of DOLL NEWS (Winter 2014"“Fall 2015). Currently she is a member of the UFDC Doll Museum's Collections Oversight Committee. Laurie was the 2004 winner of UFDC's Audio Visual contest with her biographic entry, "Once Upon a Time—The Story of the Dixie Doll" about twentieth century novelist and early doll collector, Frances Parkinson Keyes. Laurie was editor of UFDC's 2013 convention souvenir journal, A Capital Affair. She was honored to receive UFDC's Award of Excellence for Educational Endeavors in 2008 and the Award of Excellence for Contributions to DOLL NEWS in 2014. She is a frequent presenter of seminars and programs at both regional conferences and national conventions and has penned several articles for DOLL NEWS and other doll-related publications. Laurie has long admired the creative energy of Tony Sarg and is pleased to share just some of his many accomplishments in the Fall 2018 issue of DOLL NEWS. 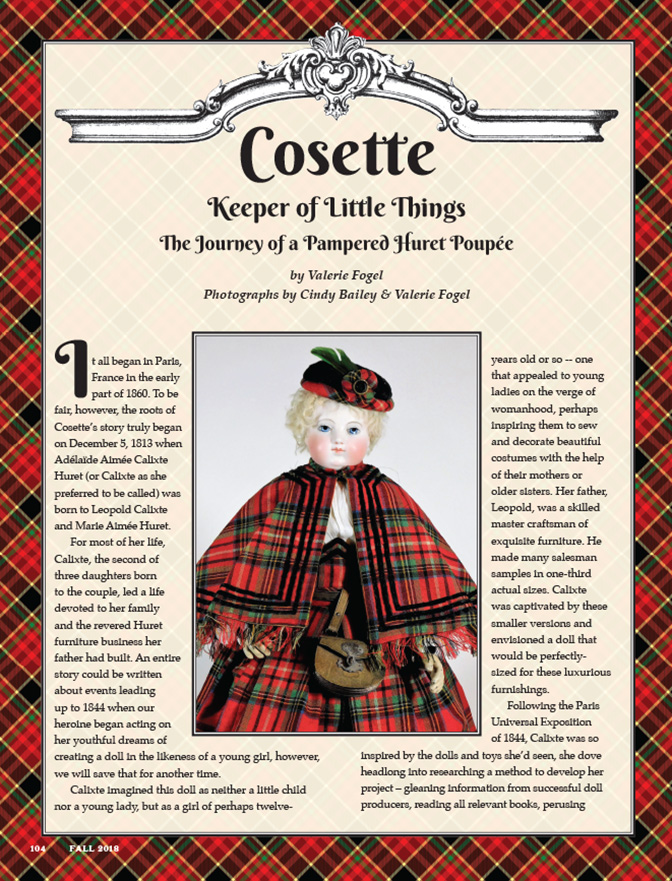 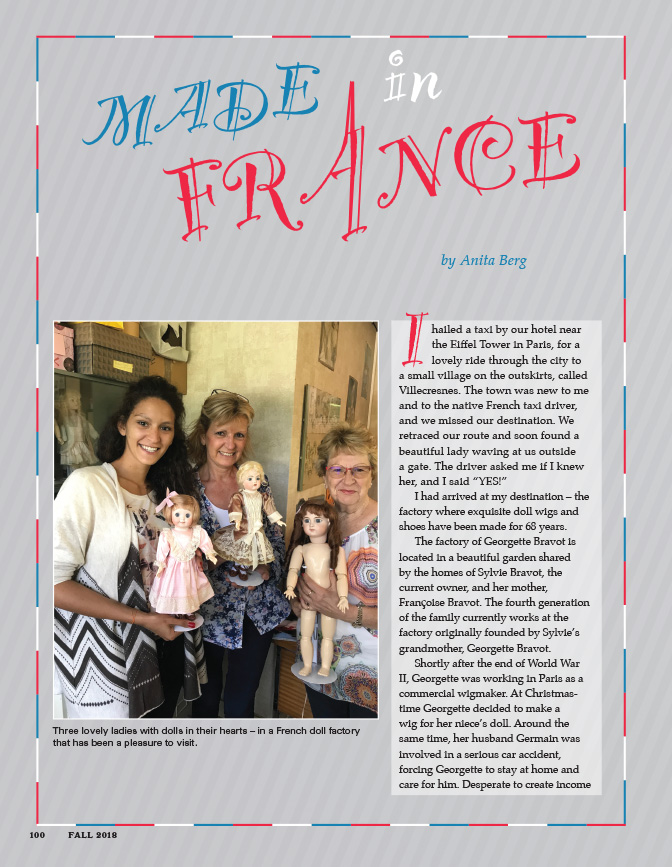 The Georgette Bravot company is based in Villecresnes, in France, 20 km from Paris. We are five passionate women with many years of experience crafting our beautiful doll creations. Until 10 years ago, our customers were exclusively doll industry professionals from all over the world: doll hospitals, artists, retailers, etc. Today, we have created an eBay store and we sell our products through our website. This allow us to sell to anybody in the world. We also participate in a few shows both in France and in the US.

I am a "cradle doll collector," having loved and collected dolls since I was born. As a mathematics major, I was fortunate to work for a blind English professor to help read and correct the writing assignments for his freshman class. One of my summer jobs was writing the society page for our weekly hometown paper. My mentor in that job was a Kansas State student, Marlin Fitzwater, who later served as the sixteenth White House Press Secretary for six years under presidents Ronald Reagan and George H. W. Bush, making him one of the longest-serving press secretaries in history! 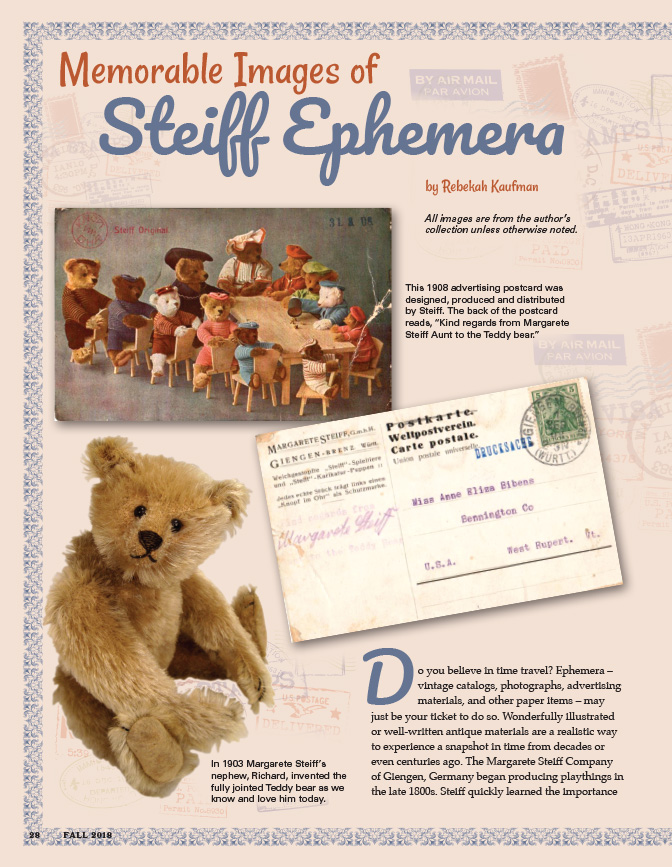 Rebekah is a third generation lifelong Steiff enthusiast. Her personal collection of vintage Steiff treasures numbers north of 1,600. Rebekah's German grandmother kindled her love for the brand over four decades ago, and today Rebekah is the proud steward of many of her Oma's Steiff treasures. Rebekah's passion became her vocation when she became the Steiff Club Manager for the North American division of Margarete Steiff GmbH in 2003. A few years later, in 2008, she changed jobs and was appointed to the position she holds today - that of Steiff's North American archivist. In this role, she leads collector's events around the country, authors most of the vintage related articles in the biannual Steiff Club Magazine and authenticates and values vintage Steiff treasures on behalf of the company.  Rebekah is a regular contributor to national and international print publications, including Teddy Bear and Friends, DOLLS, Doll News, Antique Doll Collector, and Kovels on Antiques and Collectibles.  She is the North American Teddy bear and doll correspondent for the German media company Wellhausen & Marquardt, where she updates the European collecting communities on North American happenings through their magazines PUPPEN & Spielzeug and TEDDYS kreativ. Rebekah is an active member of the United Federation of Doll Clubs and is the Second Vice-President of the Doll Study Club of Boston.