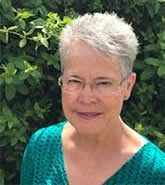 Doll collecting came early to me, as I was the oldest grandchild in my family. I loved and wished for many dolls back then but I think I played with paperdolls the most. When I became a mom I had so much joy sharing my love for dolls with both my children.

In 1989, I found the Sun Country Doll Folks of El Paso, Texas. In the late 1990s I became a  doll doctor and have enjoyed working with many patients and their owners since then.

UFDC is very dear to me, as I have served offices in my local club and attended 20 conventions around the USA. I was Region 3 director 2013-2017 where I was able to promote and educate doll lovers about our organization. The traveling and meeting like minded collectors and enthusiasts is so valuable to me and now I have a chance to enjoy it again as Region 3 director 2019.