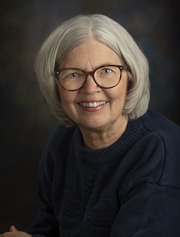 I have been a doll club member since 1986 and have served on the local level as president, vice president, secretary and on committees. On the national level I have been a Judge since 2011, and have served as Chair of Tellers, Credentials Clerk and Competitive Room Clerk. My workshop at the 2019 Nashville convention was selected to be videoed.

I have been making and repairing dolls since 1983 and I'm a member of the Doll Artisan Guild. I have received many letters of enthusiastic support from several clubs in my region. I have worked for many years in the corporate world as an executive assistant, in human resources, marketing, merchandise, real estate and finance but currently devote all my time to the doll world. I have attended 14 national conventions and look forward to being available to local clubs and providing positive promotion to UFDC.